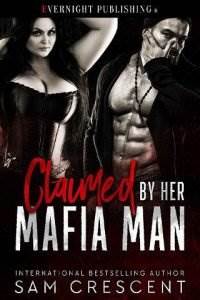 Isabella Drago cried out as she landed on her back. Something had broken, she just knew it.

“And men will make sure it keeps on hurting. Get up.”

She stared at her father through her hair, sweating. His men stood around waiting, but not giving their opinion. No one stopped him. Not that she imagined they would. They were all just waiting for the right set of instructions and if it was for them to kill her, again, they’d do it. This was exactly what they would all do. They followed orders, her father’s to be exact.

At one time, they had also followed her brother’s, but she didn’t dare bring him up, not at this moment

Slamming her palm to the ground, she got up. Pain shot through her young body and she couldn’t contain the whimper that slipped past her lips. She needed to learn to keep her head, especially now.

Standing up, she faced her father. Blood dripped from her lip, and she knew why he’d taken her out of boarding school. She was taught at home, under his supervision.

“You need to learn to focus. To keep me in your sights at all times.” He moved across the mat and she watched each and every footstep, wanting nothing more than to run. Her father wasn’t a cruel man.

In all the time she’d been with him, he’d never once raised a hand to her, until this very week, that was. When she was attacked from behind, not expecting it.

“Fight back,” the words were said softly against her ear.

She knew without a doubt it was Randy, one of her father’s loyal soldiers who hadn’t been part of the Family. He wasn’t blood-related, but she’d heard he was the bastard of one of the capos, and it was one of the reasons her father wasn’t liked much. He was known for taking in strays, and it pissed off the rest of the Families that he didn’t care if they were pureblood.

She hated the Family.

Hated being a Drago.

But her father had always been different behind closed doors. If they were at a party or social gathering, she must play the part of a submissive, young girl, turning into a woman who would be married off one day. She stood with all of the other girls, waiting, terrified, watching as the men leered or drank too much. Her father never did. No, he was always about control.

When they were alone, she was his princess. She could talk to him about anything, read, study, and explore. She wore dungarees as she played in the garden or ate hot dogs, getting mustard all over her mouth.

Where was that man?

He’d died when her brother had.

This new world she was part of terrified her.

Thrown to the ground, she curled up in a ball, and she heard him shout, “Enough,” as Randy hit her in the stomach.

Immediately, the man stepped back, and her father was there.

“We’ll go to sparring.” He pulled her up to her feet, even as her stomach repelled the action.

This was all too much. She couldn’t take it. “Daddy, please.”

“I’m going to get you strong. I promise.”

And so, it continued, her torture. She had no choice but to learn and try to defend herself.

If not, she truly believed her father would kill her.

Later that night, nursing her wounds, wanting to do nothing more than cry, Isabella tensed when her bedroom door opened up and her father stepped inside.

All day, he’d looked mean, fierce, scary. Right that very second, he looked anything but.

He cleared his throat. “I know you’re not asleep.”

She didn’t say a word as he moved toward the bed. He knelt down on the floor and ran his fingers through his hair, resting his elbows on the bed.

“I know you’re confused right now. You’re in pain, and I’m sorry. I know that everything I’m doing is probably scaring you half to death. That’s not my intention and I hope you know that.”

She licked her dry lips, feeling the tears as they slipped from her eyes.

“I promised your mother, the love of my life, that you would have a better one. That you would find a man you loved and I’d protect you from the Family at every single turn.” He sighed. “You know I disobey the Family each time I don’t take a woman?”

She nodded. It was an issue with many of the capos as well as the Boss, that he continued to mourn his dead wife, her mother, the love of his life. “I could keep my promise to her. When your brother died…” He stopped and even she had to gasp.

Her brother, Philip, had died at twenty-one, in a shoot-out with a rival MC. He’d been killed instantly, a single bullet to the head. No pain. Nothing.

“Philip’s passing changes everything, Isabella.” Her father never shortened her name. He didn’t do it for anyone, it was always their full name.