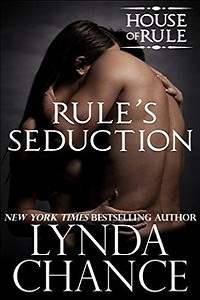 Maximo Santiago Villarreal rode the elevator to the top of his building, his anger almost uncontrollable, especially after enduring the tedious flight from Florida. The Keys were always beautiful, but he was relieved to be back in his office in Houston even if he was about to blow a fuse from the information he’d stumbled upon while in Florida. He strode down the corridor, barely glancing at his secretary who manned his inner sanctum as he barked, “I want Luis Diaz in my office, now.”

After ten years, Carol Jennings was used to his ways and wasn’t flustered in the least. “Yes, sir.”

He slammed the door between them and stalked to the bank of windows that overlooked the western skyline of downtown. The sky was a cloudless blue, the weather more than pleasant, but he saw none of that. His mind wasn’t on the beauty of the day or even on the appointments he had scheduled for that afternoon; he was too pissed to concentrate on anything else. He was so enraged he could taste it.

He was out for fucking blood and he wanted it, now.

As he stood with his legs braced apart, he attempted to gain control over the pounding in his head, but it was useless. At the knock on his door, he turned and barked, “Enter.” Carol opened the door, allowing Luis Diaz to walk into his office.

From experience, she said nothing, only shutting the door and leaving Max alone with the younger man he was about to interrogate. Luis Diaz stood still, barely meeting his eyes, the tension around his mouth speaking for itself. The nervousness the man exuded failed to soothe Max, it didn’t even begin to appease the hot rush of anger he was feeling. He cracked his knuckles, forcing himself not to give in to the urge to launch himself at the other man. He watched his employee, his lips curling into a snarl as he tilted his head, indicating one of two chairs that faced his desk.

Diaz glanced at him cautiously before taking a seat.

Max remained standing, his hands fisted at his sides while he stared at the younger man. The silence became deafening as Diaz began shifting uncomfortably in his seat. Max paced a few steps, leaving his employee to sweat for a few more seconds before finally lashing out, “What is it that you do for me? What do I pay you for?”

The man licked his lips, stalling before answering in a halting manner, “I monitor the Rule Corporation’s movements, sir.”

“Yes, you do—that’s the one assignment you’re responsible for. Watching the Rule Corporation and their cutthroat business practices.” Max felt his tension rise another notch. “I pay you a shit fuck ton of money so I can stay at least three steps ahead of those motherfuckers in all things, isn’t that right?”

Diaz cleared his throat and shifted in his seat. “Yes, sir.”

“You’re supposed to tell me everything about those three goddamn brothers and their motherfucking corporation—that’s the reason I pay you a ridiculously high salary, isn’t that correct?”

The agreement only pissed Max off further. “Let’s go over your job description one more time, shall we?” he snarled sarcastically. “When those motherfuckers purchase a block of stock—I want to know about it. When they start sniffing around a piece of real estate, I want to know where the property’s located—how much it’s worth.” He narrowed his eyes and stared at the man who was now clearly sweating in his seat before continuing harshly, “When one of those fuckers takes so much as a goddamn piss, I want to know about it. Are we clear on that?”

“Y-yes, sir,” Diaz said hesitantly, telling Max that the younger man didn’t understand exactly how he’d fucked up, only that he had fucked up.

Max crossed his arms over his chest, wanting the man to suffer a few more moments before lowering his boom, so he questioned softly, “How long have I been relying on you to do this job for me?”

Max took a breath, trying to clear his head, and sat down behind his desk. He clenched his teeth and continued to stare the other man down. “So why the fuck am I only now becoming aware of the fact that they have a younger sister?” he shouted. He paused and tried to regain control but it was next to impossible. “And I found out that pertinent piece of information on my own! They have a goddamn sister and you’ve failed to mention that fact?”

The younger man swallowed noticeably. “I didn’t think it was the kind of information you were looking for. You said you wanted to know about the Rule brothers and the Rule Corporation. I had no idea the sister was relevant to what you needed.”