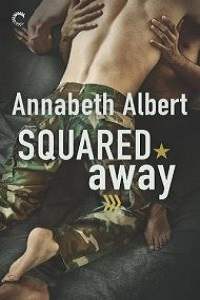 “I’m going to do it.” Isaiah’s voice was full of confidence he wasn’t entirely sure he felt as he tugged his friend Bree into an enclave off the main ballroom. “By the end of the night, no more V-card.”

“You’re going to lose your virginity at your cousin’s wedding?” Bree didn’t sound so sure. “No offense, but is anyone here even playing for your team?”

He was determined to not let this opportunity slip away—prom had come and gone, graduation too, and here he was, still a virgin. Prom night had been fun, going with Bree and the rest of the gang as a group, and he wasn’t going to regret going to the school-sponsored “safe” graduation party to satisfy Aunt Cecily, who was Cal’s mother and had largely raised them both, but damn he was ready for some action.

And not the fumbling around he’d done with Jimmy Sanders last summer. He wanted real, honest-to-god, sweaty, full-on-naked, loud sex. And he knew exactly where he was getting it.

“Him,” he said to Bree, jerking his head in the direction of the bridal party table he’d just escaped from. Everyone was still milling around, finding their seats and greeting people, and there were only so many congratulations for Cal that he could stand through. Besides, he’d needed to find Bree, tell her his big plan. He narrowly avoided the temptation to point. Bree would know exactly who he meant anyway.

Predictably, she gasped. “Mark? Danielle’s brother? Have you lost your mind? He’s so out of our league that I’m not sure we’re allowed to share his airspace. Isaiah, he’s a SEAL.”

“Exactly.” Isaiah grinned at her. Mark had opted for a gray tux like the rest of the wedding party, not his naval dress uniform, which was a shame as far as Isaiah was concerned. There was nothing quite like military eye candy. But even in a tux, Mark cut an imposing figure. Caramel brown hair, the sort that seemed to have dozens of shades dancing around, cut close. Taller than Cal with a swimmer’s build—wide shoulders, slim frame, long torso and legs, and muscles that weren’t as jacked as some SEALs that Isaiah had seen around town, but still mighty darn impressive.

And he was older, twenty-two or twenty-three now, not quite as old as Cal and Danielle. This wasn’t the first of Cal’s friends Isaiah had crushed over, but most of those fantasies died quick, brutal deaths when the guys treated him like some annoying gnat of a kid. Mark was different. All week he’d been around, helping with the wedding prep, which meant lots of hanging with Isaiah, Cal, and Danielle and the rest of the wedding party, and he talked to Isaiah like he was people, asked him about college, like Isaiah had much choice there—his professor dad meant he was going whether he wanted to or not, but Mark acted like his preferences about career paths mattered. Best of all, he laughed with Isaiah, not at him, and his laugh was low and musical and enough to make Isaiah half-hard.

“Are you sure he’s into guys?” Bree asked, straightening her shimmery pink dress. It was the same one she’d worn to prom—her mom had made her promise to get the second wear out of it. “Because if you’re wrong, he’s a SEAL. Those guys know a dozen ways to kill you without leaving a trace.”

“I’m sure.” Isaiah wasn’t lying. Mark was into dudes, at least somewhat. And unfortunately, it wasn’t how he looked at Isaiah with those kind hazel eyes that revealed his inner truth—it was how he stared at Cal when he thought no one was looking. And Isaiah knew that unrequited look all too well. Mark gazed at Cal like his sister had swooped in and stolen the puppy he’d wanted for himself and he had no idea how to snatch it back.